all News and Dates per categories 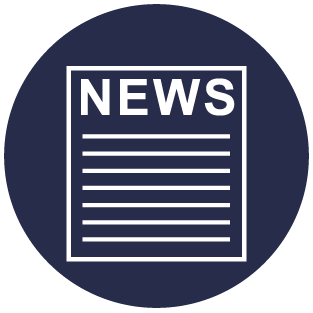 June 18 – a perfect summer day in Verden: It was not only the heat but rather the bubbling atmosphere in the Niedersachsenhalle that raised the temperature. The reason? This year’s MASTERRIND Schau der Besten took place in front of approximately 1,800 visitors, excited to be back, in person, after two years of waiting.

Show cows of the highest quality presented the Swiss judge Stefan Widmer with the difficult task of choosing the most complete and beautiful from no less than 138 cows.

The heifer classes were excellent. With a paint-black Swift daughter named Inora, Volker Carstens from Visselhövede directly took the 1a ranking. Her superb udder and perfect completeness put her ahead of the 1b-ranked Challenge (by Crushabull), owned by Wilcor Holsteins, Warmsen, who shined with her length and front end power.

In the second class of the heifers, Volker Carstens once again came up trumps: His Lambda-daughter Scarlet convinced with a balanced profile and a great udder placing her just ahead of SH Ariel (S. Unstopabull), owned by Franz-Bernd Meyer, Damme. SH Ariel differed very much in type from Scarlet but almost won Widmer over based on her clearly higher positioned udder. In the third and last heifer class, Galaxy (S. Gold Chip) set standards. The young cow from the joint ownership of Eike Spangenberg and Gerrit Kumlehn, Holzminden, presented great dairy type, an open and deep rib and  respectable rear udder. Taking 1b, Sinead (S. Unix), owned by Rainer Engelke, Asendorf, due to her very good rear udder.

The first highlight of the day – the winner selection of the heifers – followed right away. The Niedersachsenhalle was darkened and the tension rose. The 1a- and 1b-placed heifers stepped into the spotlight one after another. Judge Widmer made it exciting again. However no one could pass Galaxy. The charming heifer from Eike Spangenberg und Gerrit Kumlehn convinced with a lot of strength and was elected the deserved champion. Reserve Champion was Sinead from Rainer Engelke and Honorable Mention went to Inora, also from Carstens.

Progeny presentation at its best

The progeny competition has always been the best opportunity to show popular and promising MASTERRIND sires to a large professional audience. This year the daughters of Topmodel, Topstone, Avance-Red and Spark Red had the chance to show their quality in four classes. Judge Widmer as well as the audience were extremely impressed by the overall quality and uniformity of the groups, confirming the power and diversity of MASTERRINDs breeding programme. Furthermore the audience selected Topmodel as their preferred group of progeny for their style, dairy strength, leg set and superb udders.

The winner of the progeny presentation was the Avance-Red daughter KIH Zoe from Wolfgang and Gisela Blaschke from Neuhausen. Reserve champion was the Topmodel daughter Tomma from Weser-Milch Lünschen KG.

Lara Croft makes her way through

In the classes of cows of 2nd and 3rd calvers, Loh Chili, an O Ki daughter of Andreas Lohmöller and Torben Melbaum, Emsbüren, presented an “insane udder” with a wide and high central ligament and an open rib. These attributes put her ahead of FG Maxi (S. Jordy) from Lambert Weinberg GbR, Isterberg, in class 8, which took 1b based on her capacity and a wide rear udder.

Following that in class 9, My Nixgirl (S. Unix), owned by Franz-Bernd Meyer, Damme, took the top spot based on her balance, style and great rib structure. She was followed by Bee Daiquiri, a daughter of the MASTERRIND sire Ems Red PP from the owners Lenk/Zeh GbR, Beerepoot & Derboven, Warpe. She convinced the judge with her strong frame and a fantastic udder from a very strong class.

Class 10 was something special. “This is the show of the best and these are the best cows so far today.” Out of these, HH Lara Croft (v. Jordy), owned by Henrik Wille, Herbergen, stood out first and foremost. She caught the judge’s eye right away and was the most complete cow in the entire class. She was followed by 1b DM Flavie (sire Unix), owned by Eike Spangenberg and Gerrit Kumlehn, Holzminden. She exhibited a very good bone quality and an equally good udder.

From the next group of 3rd calvers, My Njoy Girl (S. Byway) from Franz-Bernd Meyer was the champion. She impressed with her deep rib. Widmer described GHH Aurelie (S. Outlast) from Kastens Holsteins GbR in Stuhr, Germany, as a “slightly different cow” at 1b. She was placed ahead of the third-place finisher because of better pelvic positioning. In class 12, THL Playa (S. Atwood) performed as a very complete animal thanks to her very feminine appearance with a lot of front end power, which catapulted her to position 1a. O Kalotta (S. Awesome) by Wilcor Holsteins from Warmsen showed slightly better movement and bone quality, placing her 1b.

It got emotional. An electric heartbeat in the form of red pulsating lights and powerful sounds literally set the dramatic scene as the cows entered for the winning selection of the intermediate class.

Stefan Widmer is famous for captivating the audience but at this point he could hardly hold back his enthusiasm for his favourite. HH Lara Croft simply had to be the intermediate champion on the day. Reserve champion was DM Flavie and Honorable Mention went to My Nixgirl.

The first class of the older cows featured 4th lactation cows where there was no room for discussion saw Loh Lipa Dua, a Cinderdoor daughter of Andreas Lohmöller taking 1a. This very nice cow convinced with a deep and open rib and a very firm udder. She was followed cow 1b, Alina, a Molotov daughter from Zachmann Harste GbR from Bovenden with very good udder texture and rear udder height and width.

In the following group of 5th lactation cows, the clear champion and a real powerhouse in the ring was RZB Liza (V. Ladd P) from RS Strudthoff GbR from Dötlingen. She showed front end width and strength throughout, with tremendous capacity. McCutchen’s daughter Goldlieschen from RZB Derboven in Warpe followed at 1b. She shined with a lot of depth, balance and a very good udder.

“These cows have all performed a lot already, yet they have tremendous udder quality,” Widmer judged.

“A lot accomplished” was also the theme in the lifetime performance class. The oldest cows of the show were presented here. The oldest is Killer, a Jake daughter from Stöckser KG in Stöckse with over 113,000 L milk lifetime performance. Nevertheless, the 1a placement went to the reigning Miss Schau der Besten 2020, Fux Seattle (S. Gold Chip), Owner Hahn/Radke GbR, Eppendorf. With a lot of type and a remarkable udder, she again left the competitors behind. Still, it was a close decision as the impressive Loh Lippi, another Gold Chip daughter of Andreas Lohmöller, followed on 1b.

The champion of the old cows had yet to be decided. A feast for the eyes was the sight of the old champions lined up in the hall.

Fux Seattle had already paved her way in the class and also received the coveted pat in this champion selection. Widmer Loh named RZB Liza as reserve champion and honorable mention went to Loh Lipa Dua.

The absolute highlight of the day was about to happen. The red carpet was rolled out. Sparkling rain lit up the hall and mist billowed on the floor. One after another, the champion and reserve champion cows and heifers strode through the hall. The tension was palpable in the hall as the audience looked on in anticipation.

Stefan Widmer made it very exciting and walked quickly between the animals and their presenters. He teased with a few hints before giving the victory and thus the title of “Miss Schau der Besten 2022” to Fux Seattle from Hahn/Radke GbR, on whom a blazing shower of glitter fell. Reserve Grand Champion became HH Lara Croft from Henrik Wille.